We were cornered on all sides:

Huge snakes with sharp fangs were climbing higher and higher, and seemed to grow in number.

Then I saw them: huge skeletal creatures, like dinosaurs of yesteryear, hurtling towards us! The sound of their clashing bones was frightening and the size of their gaping jaws made my blood run cold.

My barking became a death howl and then a yelp, I saw us lost and backed away from the edge, defeated.

Loedi screamed as she swung her sword endlessly. The slightest bit of tongue, fang or flesh… she didn’t hesitate and her blade cut.

The wounded animal would retreat while she faced another… but it kept coming back to attack.

I regained my courage and stood up. We may not win, but we won’t give them the pleasure of an easy victory, we will fight to the end, like heroes!

And who knows… if the Gods are with us… we will win!

I opened my eyes…

The last tourists had left the room, the museum was about to close and Loedi had just finished his drawing. It was just a nightmare… a horrible nightmare… 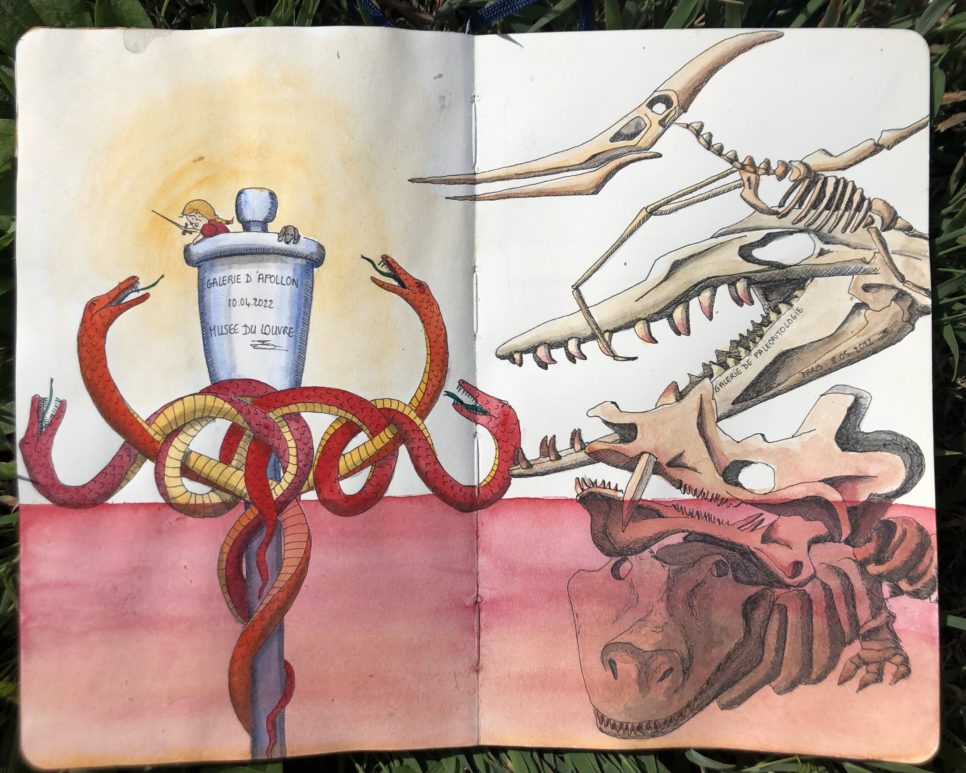